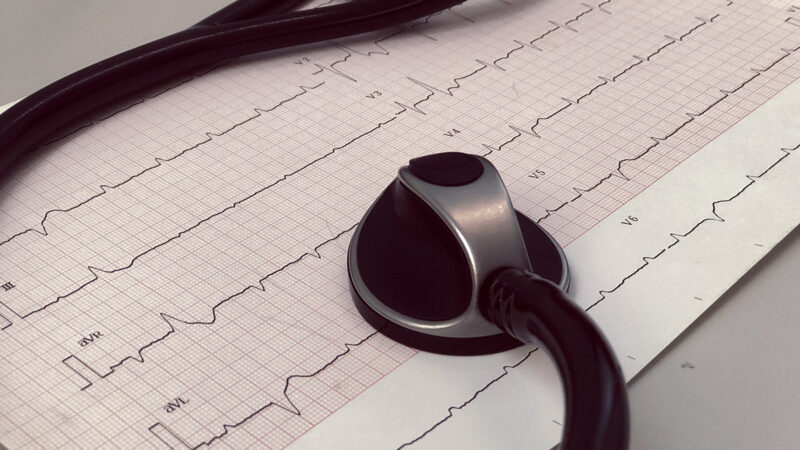 While the Ramblings have recently being posted later than the first day shift, I’m still trying to keep posting a new article during every Red Shift’s set of four – but in some weeks the jostle for time between family life and other projects mean I could actually do with a 30 hour day. For this Rambling I’m killing two birds with one stone, the research undertaken for Susie and I to write an Education Toolkit for one of our Metro hospital’s ED departments will be on the same subject as this weeks Ramblings – prolonged QT. This is a subject we should especially be aware of as ECG changes including QT interval prolongation have been observed in patients receiving ondansetron. In addition, Torsade de Pointes, an abnormal, potentially fatal, heart rhythm, has been reported in some patients receiving ondansetron.

The QT interval is different in different leads (as all ECG parameters are). This is caused by the varying projections on different lead vector axes. Historically, measurement of P-QRS-T intervals are usually performed in lead II. There are several reasons for this custom: first, in the earliest years of the ECG there were no precordial leads and lead choice was thus confined to the limb leads. Furthermore, the vector axis of the P, QRS and TU-wave is predominantly directed infero-lateral and thus in the direction of lead II, resulting in easily recognisable P, QRS, T and U-waves in lead II, which promotes their measurement. The QT interval should be measured in either lead II or V5-6 if the T-wave is not easily measurable in lead II.

A useful rule of thumb is that a normal QT is less than half the preceding RR interval.

The prolonged QT interval is both widely seen and associated with the potentially lethal rhythm, Torsades de Pointes (pictured). While it can occur spontaneously in the congenital form, there is a wide array of drugs that have been implicated in the prolongation of the QT interval. Paramedics should be aware of the drugs that have been implicated in prolonging the QT interval, such as ondansetron, especially if the patient is already taking a drug which prolongs the QT interval or has a condition associated with QT prolongation.

Most drugs known to cause QT prolongation block the rapid component of the delayed rectifier potassium channel. This prolongs the action potential and lengthens the QT interval. (Delayed ventricular repolarisation will lead to early after-depolarisations, which can result in re-entrant pathways or focal activity and Torsades de Pointes. While many drugs have been implicated in QT prolongation, the actual risk of this occurring is unclear in most cases. The following table lists common drugs which cause QT prolongation and have been associated with torsades de pointes.‪

There are three mechanisms by which drugs can interact and increase the risk of QT prolongation:

Brief episodes of self-terminating polymorphic ventricular tachycardia do not usually require any specific treatment apart from withdrawal of the suspect drug and correction of metabolic abnormalities. If Torsade de Pointes has haemodynamic consequences it requires prompt termination – cardioversion, or defibrillation in the pulseless patient, is usually effective. Infusion of magnesium or acceleration of the heart rate with rapid pacing or isoprenaline infusion can be useful as stabilisation therapy in the acute setting. To prevent a recurrence the offending drug should be withdrawn and any electrolyte abnormality is corrected. Patients with proven congenital or idiopathic long QTc syndrome who have a history of cardiac arrest, syncope, documented Torsade de Pointes or a family history of sudden death at a young age are often treated with an implantable cardiac defibrillator.