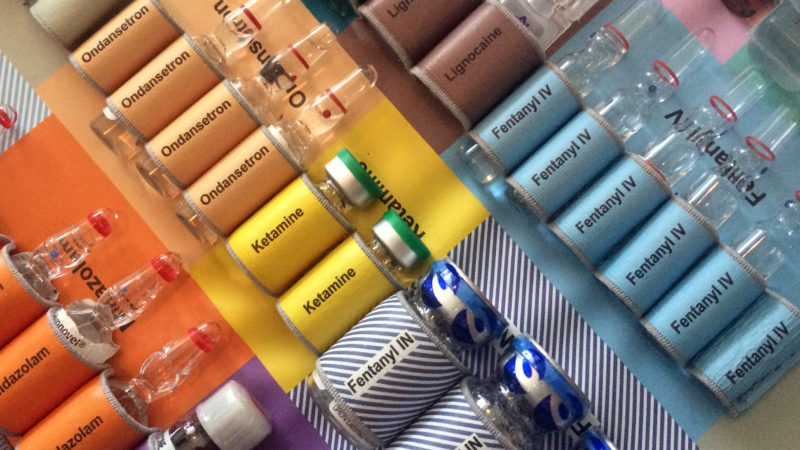 Welcome to the April 2017 edition of PaReflectionEd Research Round-up, where we present recently published research from emergency medicine and critical care literature.

If you come across any research reprints or articles that you think would be of interest to others, please email us for inclusion in the next edition.

Consciousness induced during cardiopulmonary resuscitation: An observational study
Resuscitation: Volume 113, April 2017, Pages 44–50
In this retrospective study of registry-based data from Victoria, Australia, the authors aimed to describe cardiopulmonary resuscitation-induced consciousness (CPRIC) in out-of-hospital cardiac arrest (OHCA) patients and determine its association with survival outcomes. There were 112 (0.7%) cases of CPRIC among 16,558 EMS attempted resuscitations, increasing in frequency from 0.3% in 2008 to 0.9% in 2014.

The association between diabetes status and survival following an out-of-hospital cardiac arrest: A retrospective cohort study
Resuscitation: Volume 113, April 2017, Pages 21–26
This is the first Canadian study to examine the association between diabetes status and out-of-hospital cardiac arrest outcomes. The results suggest that diabetes status prior to arrest is associated with decreased survival. A larger proportion of those with diabetes had a non-shockable initial rhythm and did not survive to hospital discharge.

Usefulness of synthesized 18-lead electrocardiography in the diagnosis of ST-elevation myocardial infarction: A pilot study
American Journal of Emergency Medicine: March 2017, Volume 35, Issue 3, Pages 448–457
This pilot retrospective case-series study was performed to investigate whether synthesised 18-lead electrocardiogram (ECG) could improve the accuracy of infarction site diagnosis in patients presenting with ST-elevation myocardial infarction (STEMI). The diagnosis of STEMI by synthesised 18-lead ECG was found to be useful to identify the site of infarction in patients with infarction of the right ventricular wall (supplied by the RCA) or posterior wall of the left ventricle (supplied by the LCX). The authors showed that a synthesized 18-lead ECG, which compensates for the weaknesses of the standard 12-lead ECG, considered to be useful for the emergency diagnosis of STEMI, may be an excellent tool for early and accurate diagnosis of the site of STEMI. We think that dissemination of the easily usable synthesized 18-lead ECG is necessary to improve the quality of emergency cardiovascular care in the future.

Failure rate of prehospital chest decompression after severe thoracic trauma
American Journal of Emergency Medicine: March 2017, Volume 35, Issue 3, Pages 469–474
Pre-hospital needle thoracocentesis (NT) or tube thoracostomy (TT) is infrequently attempted in trauma patients. In this retrospective study, prehospital successful release of a tension pneumothorax was reported by the paramedics in 83% (5/6) with TT, whereas NT was effective in 18% only (3/17). Especially NT is associated with a high failure rate of more than 80%, potentially due to an inadequate ratio between chest wall thickness and catheter length as previously published as well as a possible different pathophysiological cause of respiratory distress. Therefore, TT may be considered already in the pre-hospital setting to retain sufficient pleural decompression upon admission.

Ketamine as an Adjunct to Opioids for Acute Pain in the Emergency Department: A Randomized Controlled Trial
Academic Emergency Medicine: 22 March 2017
The authors conducted a randomised, double-blinded, placebo-controlled trial evaluating the use of ketamine versus placebo in conjunction with opioids for moderate to severe pain. Ketamine, as an adjunct to opioid therapy, was identified to be more effective at reducing pain over 120 minutes and resulted in a lower total opioid dose as well as fewer repeat doses of analgesia. While more side effects were reported in the ketamine group (51% vs. 19%), the authors state the side effect profile appears tolerable.

Pediatric Prehospital Medication Dosing Errors: A National Survey of Paramedics
Prehospital Emergency Care: Volume 21, 2017 – Issue 2
This survey of US paramedics demonstrated a significant number of paramedics are aware of paediatric dosing error, safety systems specific to paediatric patients are lacking, and that paramedics view specific safety measures such as paediatric drug cards, and eliminating drug calculations as helpful. The authors believe that significant progress needs to be made in improving paediatric patient drug-dosing safety in the pre-hospital environment.

Ketamine reduces the need for intubation in patients with acute severe mental illness and agitation requiring transport to definitive care: An observational study
Emergency Medicine Australasia: 20 March 2017
This retrospective cohort study of mental health patients examined the effect of implementing a ketamine clinical practice guideline for agitated mental health patients. The authors identified the guideline was associated with an increase in the number of patients receiving ketamine as part of their sedation regime and a reduction in the number of patients requiring intubation for transport. The authors suggest that ketamine is considered as part of the sedation regime for agitated mental health patients.