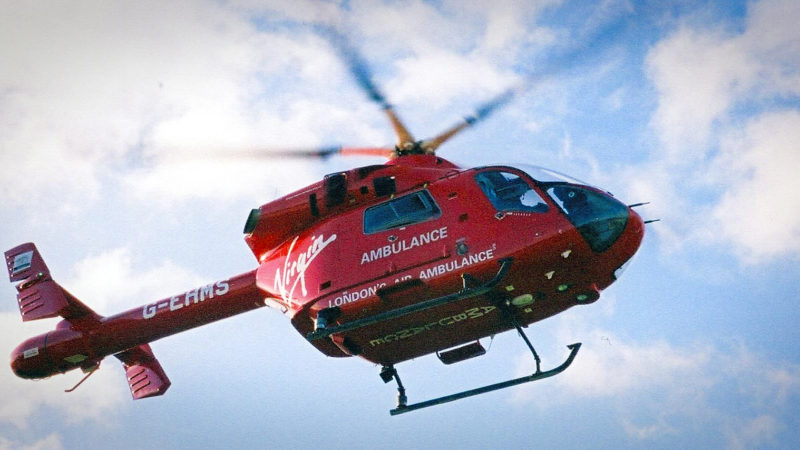 Welcome to the May 2017 edition of PaReflectionEd Research Round-up, where we present recently published research from emergency medicine and critical care literature.

If you come across any research reprints or articles that you think would be of interest to others, please email us for inclusion in the next edition.

Emergency extracorporeal life support and ongoing resuscitation: a retrospective comparison for refractory out-of-hospital cardiac arrest
Emergency Medicine Journal: Volume 34, Issue 5, 277-281
In refractory cardiac arrest, with cardiopulmonary resuscitation (CPR) for more than 30 min, chances of survival are small. Extracorporeal cardiopulmonary resuscitation (ECPR) is an option for certain patients with cardiac arrest. The aim of this study was to evaluate characteristics of patients selected for ECPR. In this study of 239 patients, where survival to discharge in good neurological condition was achieved in 14 (6%) of all patients, ECPR was initiated in seven patients. Of these seven, one patient in the ECPR group survived in excellent neurological condition. According to the authors, several parameters were associated with the ECPR decision, but only age was independently associated with the selection for ECPR.

CPR quality during out-of-hospital cardiac arrest transport
Resuscitation: Volume 114, May 2017, Pages 34–39
Previous studies have demonstrated significant associations between cardiopulmonary resuscitation (CPR) quality metrics and survival to hospital discharge. The authors analysed CPR quality data from treated adult OHCA occurring over a 40 month period. The authors identified the proportion of patients with high quality CPR was similar on scene compared to during transport, with the median compression rate was higher on scene compared to transport and median compression depth and median chest compression fraction were higher during the transport phase. The authors believe high quality, manual compressions can be performed by pre-hospital providers regardless of location.

Improvements in Out-of-Hospital Cardiac Arrest Survival from 1998 to 2013
Prehospital Emergency Care: Published online: 20 Apr 2017
Out-of-hospital cardiac arrest (OHCA) remains a major public health burden. The authors examined the trends in adult OHCA survival over a 16-year period from 1998 to 2013 within a single United States EMS agency. During the study period, 2,528 adult OHCA had attempted field resuscitation. The survival rate for treated cases increased from 6.7% to 18.2%, with witnessed VF/VT cases increasing from 14.3% to 31.4% from 1998 to 2013.

Cervical spine immobilization during extrication of the awake patient: a narrative review
European Journal of Emergency Medicine: June 2017 – Volume 24 – Issue 3 – p 158–161
Techniques for extricating vehicle occupants after road-traffic collisions have evolved largely through fear of worsening a cervical spine injury, rather than being evidence-based. Recent research has looked at the safety of allowing the alert patient to self-extricate, rather than being assisted with equipment such as long spinal boards and semi-rigid cervical collars. This review aims to elucidate whether it is safe to allow an alert, ambulant patient to self-extricate from a vehicle with minimal or no cervical spine immobilisation. According to the authors, evidence is now building that self-extrication in alert patients with minimal or no cervical spine immobilisation is safe. Self-extrication should become more commonplace, conferring not only a potential safety benefit but also advantages in time to definitive care and resource use.

Traumatic brain injury: initial resuscitation and transfer
Anaesthesia and Intensive Care Medicine: May 2017 Volume 18, Issue 5, Pages 230–232
Traumatic brain injury (TBI) is common and is associated with significant morbidity and mortality. The initial resuscitation and management of patients with TBI is focused on limiting secondary brain injury and this may be complex in patients with significant injuries to other organ systems. This review describes the initial resuscitation and transfer of head-injured patients. According to the authors, a number of pre-hospital interventions can potentially reduce secondary brain injury. Intubation and ventilation may be performed to control hypoxia, hypercapnia or hypocapnia, or to facilitate the transfer of agitated and combative casualties. Haemorrhage control and the administration of fluids (including blood products) can improve cerebral oxygen delivery and hypertonic saline can be used to control intracranial pressure (ICP).

Are prehospital deaths from trauma and accidental injury preventable? A direct historical comparison to assess what has changed in two decades
Injury: Volume 48, Issue 5, May 2017, Pages 978–984
In 1994, Hussain and Redmond revealed that up to 39% of pre-hospital deaths from accidental injury might have been preventable had basic first aid care been given. Since then there have been significant advances in trauma systems and care. The authors repeated the 1994 study to identify any changes over the years and potential developments to improve patient outcomes, identifying the number of potentially preventable pre-hospital deaths remains high and unchanged. The authors believe there is a potentially missed window of opportunity for bystander intervention prior to the arrival of the ambulance service, with simple first-aid manoeuvres to open the airway, preventing hypoxic brain injury and cardiac arrest.

Prehospital Predictors of Traumatic Spinal Cord Injury in Victoria, Australia
Prehospital Emergency Care: Published online: 17 Apr 2017
This retrospective cohort study identified several predictors of Traumatic Spinal Cord Injury (TSCI) including Ambulance Victoria’s Potential Major Trauma Criteria, male gender, presence of neurological deficit, presence of an altered state of consciousness, high falls (> 3 meters), diving, or motorcycle or bicycle collisions. While most of these predictors are included in NEXUS and/or CCR criteria, the Potential Major Trauma criteria have not previously been linked to the presence of TSCI. The authors recommend similar Potential Major Trauma criteria are implemented into organisations’ guidelines and protocols to further improve accuracy in identifying TSCI and to be more selective in spinal immobilisation, thereby reducing unwarranted adverse effects of this practice.

Mortality following helicopter versus ground transport of injured children
Injury: Volume 48, Issue 5, May 2017, Pages 1000–1005
The purpose of this UK study was to determine if helicopter air ambulance (HAA) transport impacts mortality differently in minimally and severely injured children and if there are predictors of over-triage of HAA in children that can be identified. Based on a national cohort adjusted for non-random assignment of transport mode, the authors identified that a survival benefit to HAA transport exists only for severely injured children with Injury Severity Score (ISS) >15. Many children with minor injuries are transported by helicopter despite frequent dismissal within 24 h and no mortality benefit.

Management of pregnancy and obstetric complications in prehospital trauma care: faculty of prehospital care consensus guidelinesl
Emergency Medicine Journal: Volume 34, Issue 5
This consensus statement seeks to provide clear guidance for the management of pregnant trauma patients in the pre-hospital setting. Pregnant patients sustaining trauma injuries have certain clinical management priorities beyond that of the non-pregnant trauma patients and that if overlooked may be detrimental to maternal and fetal outcomes.

Paramedic-Initiated CMS Sepsis Core Measure Bundle Prior to Hospital Arrival: A Stepwise Approach
Prehospital Emergency Care: Volume 21, 2017 – Issue 3
This retrospective study sought to determine if paramedics can initiate a sepsis core measure bundle, including include initial blood culture collection prior to antibiotics, adequate intravenous fluid resuscitation, and early administration of broad spectrum antibiotics, in the pre-hospital field reliably. The authors identified that paramedics can acquire uncontaminated blood cultures and safely administer antibiotics prior to hospital arrival among patients who were recognised as sepsis alerts.

Use of Intranasal Naloxone by Basic Life Support Providers
Prehospital Emergency Care: Volume 21, 2017 – Issue 3
This retrospective review of patients transported by an United States inner-city ambulance service who received intranasal naloxone by Basic Life Support providers as per a state approved protocol. The authors identified that nasal naloxone had an effect per the pre-hospital record in 689 (95.2%) patients, while an additional naloxone dose was given in the ED to 64 (8.8%) patients, with majority of patients being discharged.

Evaluating an Alternative to the Emergency Department for Adults in Mental Health Crisis
Issues in Mental Health Nursing: Published online: 07 Apr 2017
Adults with mental health issues lack clinically indicated options when in crisis. Historically, in the United States, the emergency department (ED) has been the primary source of intervention largely due to funding cuts and decreased community resources. Establishment of a community-based alternative for adults in mental health crises demonstrated a range of impressive short-term outcomes, including avoiding ED admissions in over 95% of the clients and delivering cost-savings.

Assessment of Simulated Emergency Scenarios: Are Trained Observers Necessary?
Prehospital Emergency Care: Published online: 14 Apr 2017
Simulation-based medical training is associated with superior educational outcomes and improved cost efficiency and self- and peer-assessment may be a cost-effective and flexible alternative to expert-led assessment. The authors compared accuracy of self- and peer-assessment of untrained raters using basic evaluation tools to expert assessment using advanced validation tools, identifying that expert assessment of simulation-based medical training scenarios using validated checklists and performance of post hoc video-based analysis was superior to self- or peer-assessment of untrained observers for both non-technical skills and technical skills.

Compassionate Options for Pediatric EMS: Addressing Communication Skills
Prehospital Emergency Care: Volume 21, 2017 – Issue 3
Each year, 16,000 children suffer cardiopulmonary arrest, and in one urban study, two percent of paediatric EMS calls were attributed to paediatric arrests indicating a need for enhanced educational options for pre-hospital providers that address how to communicate to families in these difficult situations. A cellular phone digital application (app) was developed to assist EMS providers in self-debriefing these event. The authors identified an EMS-centric app containing guiding information regarding compassionate communication skills can be effectively used by EMS providers to self-debrief after difficult events in the absence of a live facilitator, significantly altering their near-term communication patterns.

Pre-hospital and retrieval medicine: Clinical governance and workforce models
Emergency Medicine Australasia: Published online: 05 Apr 2017
Pre-hospital and retrieval medicine (PHARM) has developed significantly in the past decade. This perspective article proposes that PHARM should develop with a clear focus on contemporary health governance principles, and that its workforce and models of care adopt modern interdisciplinary approaches, with the recommendation that best and safest systems of care, structured to optimise patient outcomes and system performance should be the goal.